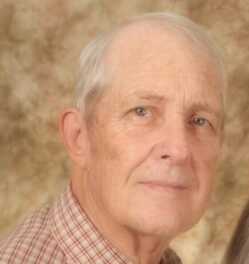 Ted Landis passed peacefully from this life to the next surrounded by family at his home in Pearcy, Ark., at the age of 76 years on Feb. 27, 2021. He was born in Choteau, Okla., March 4, 1944, to Claude Otis and Mavis June (Sanders) Landis; the fourth of seven children.

Ted was retired, having worked in imaging at hospitals in Nevada, Mo., and Fredonia, Kan. He retired from St. Joseph’s Mercy Hospital in Hot Springs, Ark., in 2003, having spent more than 30 years employed by the Mercy Health Care System.

Ted is survived by his wife, Marilyn (Teeman; Scheufler) Landis of the home; by his daughter, Cassandra Tedford of Americus, Ga.; and by his sons, Damon Landis (Betsy) of Plano, Texas, Neal Scheufler (Jessica) of Plano, Texas, and Aaron Landis (Sunny) of Livermore, Calif.; an honorary son, Chad Louk (Jennifer) of Hot Springs Village, Ark.; as well as grandsons, James Landis, Nicholas Scheufler, and Erik Landis. Surviving brothers are Noble Landis (Mary) of Shawnee Mission, Kan., Roger Landis (Nina) of Sawyer, Okla., and Terry Landis (Tami) of El Dorado Springs, Mo. He also leaves many other relatives and friends. He is preceded in death by his parents, and sisters, Bonnie Souders, Vonda Landis, and Sondra Dirks.

During Ted’s early years he was baptized and practiced Christianity the rest of his life. His church affiliation at the time of his death was at Piney Grove United Methodist Church where he was active for years in the Encouragers Class and United Methodist Men.

Ted had a passion for rescuing and restoring furniture and collectibles. He was especially fond of putting kerosene lamps back into working order even if the previous owner had converted them to electricity. He maintained a booth at the Higdon Ferry Flea Market, dealing in the merchandise he had restored, as well as materials for fellow craftsmen to create their own treasures.

A memorial service honoring Ted’s life will be held at Piney Grove United Methodist Church, 2963 Airport Road, Hot Springs, Ark., on June 12, at 11 a.m. Family visitation will be at the church at 10 a.m.

The family wants to express appreciation to Pastor Scott Gallimore, Encourager’s class at Piney Grove, and to the church family as a whole for their loving prayers, and many acts of kindness during Ted’s illness and passing.

The family is also grateful to CHI St. Vincent clinics and hospital as well as Arkansas Hospice for the care and comfort provided.

In lieu of flowers, family suggests donations to Piney Grove or to charity of donor’s choice in memory of a life well lived.