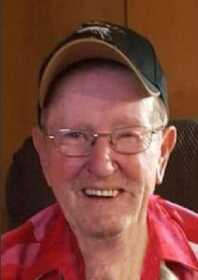 Lecil graduated high school in Stockton, Mo., and proudly served in the United States Navy. He was a truck driver for 55+ years. He was a member of the Fraternal Order of Eagles and lifelong member of the National Rifle Association.

Lecil is survived by his son, Dale (Shelly) Fields, Winston, Mo.; his daughter, Lisa (Larry) Hendrix, Fort Scott, Kan.; five grandchildren, Jennifer, Bryan, Michael (Ashley), Chesney, and Dylan; many great-grandchildren; as well as one stepbrother, Larry (Betty) Floyd; and a sister-in-law, Janice Fields, both of El Dorado Springs, Mo. Lecil was preceded in death by his wives, Carolyn and Barbara, as well as his stepbrother, Dean Floyd.

A Memorial Service will be held at 7 p.m., Tuesday, April 27, at Ferry Funeral Home in Nevada, Mo. The family will receive friends following the service. There will be a private family burial at a later date.