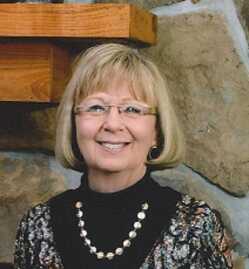 Linda was raised in various places in Missouri including Pacific, Humansville, El Dorado Springs and graduated from Nevada High School in 1963. Following high school Linda went to Kansas City and worked at AT&T for a time. Upon her return to Nevada, she worked for Nevada Daily Mail, Nevada City Hospital, Bronaugh R-7 School, and was currently employed at 3M in Nevada where she had worked since 1981. Linda was involved in numerous organizations. She was a member of the First Baptist Church in Bronaugh.

Funeral services will be held at 2 p.m., Thursday, May 20, at Ferry Funeral Home in Nevada with Ray Dean Scism officiating. Interment will be held in Newton Burial Park in Nevada. The family will receive friends from 5-7 p.m., Wednesday, at the funeral home.

Memorial are suggested in her memory to Meal on Wheels in care of Ferry Funeral Home.