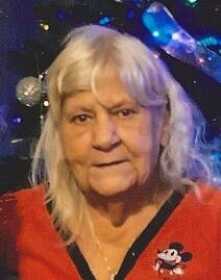 Donna was raised on a farm in Nevada. She worked in housekeeping at the Nevada State Hospital for a number of years until her retirement due to a disability. She was currently attending the Cowboy Church in Nevada.

Sharon was a loving mother and grandmother who enjoyed being with her family, especially her children and grandchildren.

Memorials are suggested to the Family in c/o Ferry Funeral Home.