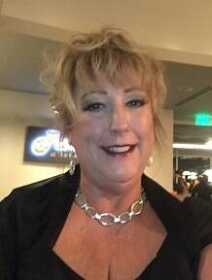 Sondra was raised in Nevada and graduated from Nevada High School Class of 1972. She lived in California and later Hendersonville, Tenn., for a time before returning to Nevada in 1985. After attending cosmetology school in Fort Scott, she worked in various salons in Nevada and has owned and operated Total Image Head to Toe in Nevada for the past 20 years. She enjoyed attending NASCAR events, going to “Hair Shows” to stay current in her profession, and especially loved dogs. Sondra was a member of Beta Sigma Phi Sorority, and All Saints Episcopal Church.

Memorial services will be held at 10 a.m., Saturday, June 5, at the All Saints Episcopal Church Courtyard in Nevada. Friends may call now and until the hour of service at Ferry Funeral Home in Nevada.

Memorials are suggested in her memory to All Saints Episcopal Church in care of Ferry Funeral Home.