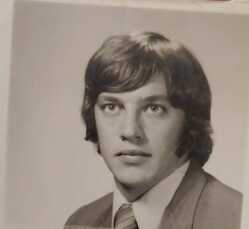 Thomas (Tom) Murl Cherry Jr., from Tuscumbia, Mo., a former resident of Nevada, passed away following a sudden illness at Lake Regional Hospital in Osage Beach on May 16, with his wife Samantha "Sam" by his bedside.

Tom grew up and attended Nevada R-5 Schools until his graduation in 1971. During his youth Tom was an avid sportsman. He played many sports and was an outstanding high school football player.

After graduation he was given and Athletic Scholarship to play football at Pittsburg State University in Pittsburg, Kan. As a member of the "Gorilla" team Tom started every game for 2 years as a cornerback and also was the kick returner for all punts and kickoffs. Former Gorilla player and long time head football coach, Tom Lester (67-75) always said Tom was the best athlete he had ever coached.

In the spring of 1973 Tom returned to Nevada. He began an apprenticeship as a mason "brick layer." Tom would continue this trade for the next 48 years. He was widely known and regarded as a great mason craftsman.

Tom continued his athletic career at local sporting events for several years in the Nevada area. His was an outstanding centerfielder for a local fast pitch traveling softball team. On more than one occasion he was voted the MVP at tournaments around the midwest. In 1990 late in his career he was a member of a local team that won the National Championship played in Oklahoma City.

Tom was also survived by several nieces and nephews.

Tom was preceded in death by his parents and one sister Carolyn (Bid Quarton) Conway.

A celebration of Tom's life will be held later this summer in conjunction with the Cherry annual family reunion. Friends are invited to join in this celebration with a date to be announced.