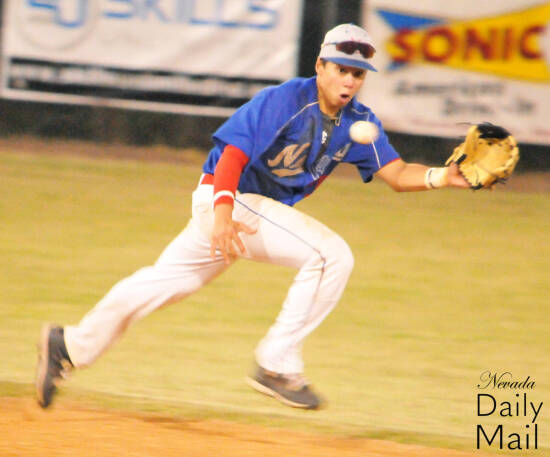 With the Kansas City Monarchs in town for a non-league game, Monday night was supposed to be an off day for the Nevada Griffons pitchers.

Turns out, Nevada head coach Jason Jacome may have found some new arms to add to his rotation or bring on in relief when the Griffons return to MINK League action.

ôThe strategy was to not use any of our pitchers,ö said Jacome, who opted to use position players with pitching experience rather than his usual aces, a plan that paid off in the form of a 10-5 victory over the Monarchs. ôWe got a chance to see some guys throw out there that had told me they were able to pitch. So, they got in there to pitch some good, clean innings, and they might be able to be used now in a regular game.ö

Nevada High School graduate Braeden Hinton, who now plays for Pittsburg State University (usually on the infield), got the start on the bump for the Griffons Ś though he acted more as an opener, only pitching the first inning and allowing two runs on three hits.

Hinton helped his own cause in the home half of the opening frame with an RBI double that scored Jesse Fonteboa, who himself had driven in Kahle Good with a single up the middle.

Good, a Folsom Lake Community College player who joined the Griffons this week, introduced himself to the home crowd at Lyons Stadium with an RBI single in his first at-bat Ś and finished the game with three hits and three RBIs, not to mention a few impressive defensive plays at shortstop.

ôThatĺs why heĺs here. Iĺve heard good things about him. He plays with a bunch of these other guys during the college season, and they all told me he was well worth coming here to play,ö Jacome said of Good. ôSo, heĺs going to get a lot of playing time, and hopefully it will help us win some ball games.ö

In the second inning, it was Chase St. Amandĺs turn to show off his pitching prowess.

And show off, he did.

St. Amand, another Folsom Lake CC product who usually plays catcher for the Griffons, did his best Trevor Bauer impression (strikeout celebrations and all), retiring the first six batters he faced Ś and Conor McGregor-strutting his way back to the dugout and even sheathing an imaginary sword, just like the Los Angeles Dodgers ace has been known to do.

While his fellow teammates sure got a kick out of it, Jacome wasnĺt so sure those occupying the visitorsĺ dugout were in on the joke.

ôHeĺs kind of a joker out there,ö Jacome said with a laugh. ôI donĺt know if their guys liked it too much, but our guys had fun with it. Itĺs all about having fun out here.ö

The fourth inning wasnĺt so much fun for St. Amand, who plunked the leadoff man and gave up a hit to center to the next batter. Though he was able to induce a 6-4-3 double play, the first runner eventually scored on another base hit to tie the game at 3-3.

Like they did in the first, though, the Griffons responded in the bottom of the fourth with three runs to regain the lead Ś highlighted by a bases-loaded walk by Ryan Rodgers and an RBI double by Jack Swisher. Chase Beiter also grounded into a double play that scored a run. 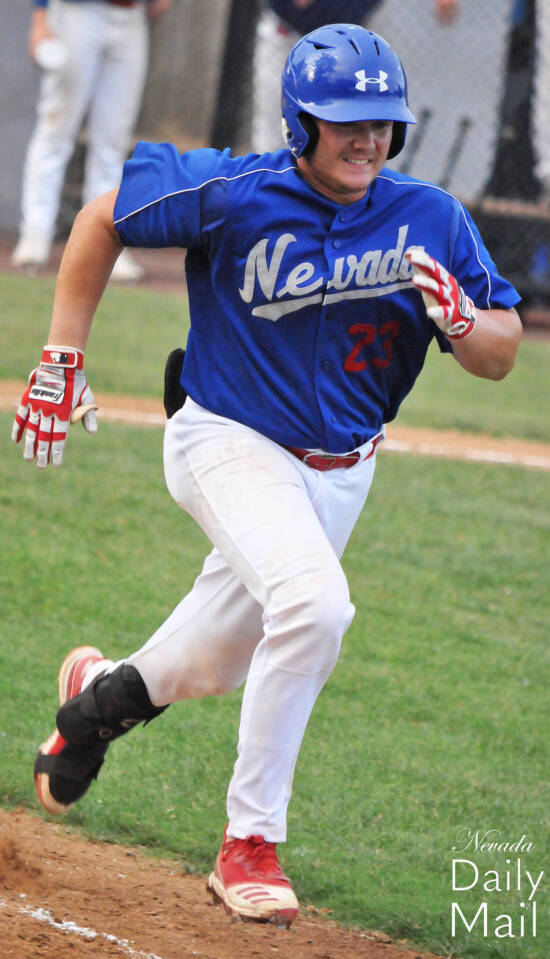 Joshua Campuzano pitched the next three innings for Nevada and didnĺt allow a Monarchs runner to reach second base.

Connor Wytko took over in the eighth and allowed two runs, before Bryland Skinner closed things out with a scoreless ninth.

Nevadaĺs offense, meanwhile, scored another run in the fifth when Good led off with an infield single, stole second and third, and scored on a Nick Chavez double.

The Griffons (6-5) added three more in the eighth thanks to a two-run double by Good and an error by the Monarchs defense that allowed him to score.

For Jacome, the win was a welcome rebound from Sunday nightĺs 12-run loss to the St. Joseph Mustangs.

ôIt was just one of those days where we didnĺt play well all around,ö Jacome said of the blowout, in which his squad committed nine errors and allowed 23 runs. ôItĺs one of those ones youĺve just got to throw it in the trash and forget about it, come back out today, and play as good as you can.ö 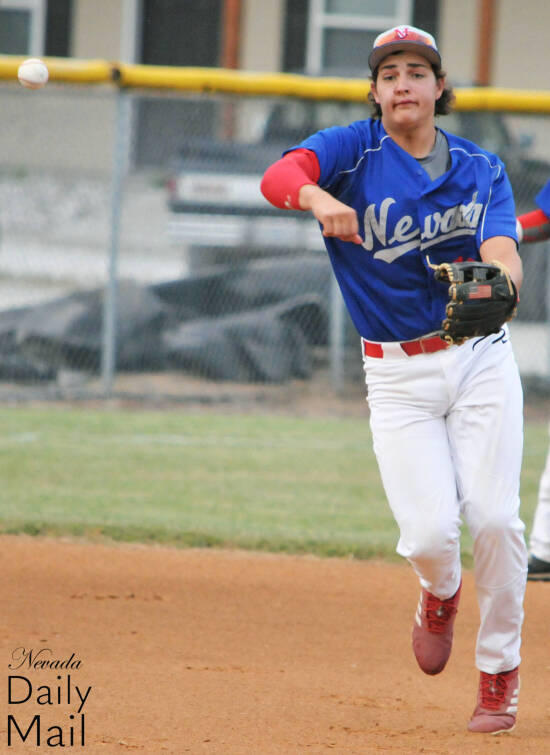 ôWeĺre just going to try and win a ballgame. Thatĺs our main focus every day, is to go out there and try and win a ballgame. Weĺll just let our playing decide if weĺre going to win or not. If we play well, weĺll win. If we donĺt, then we probably wonĺt,ö Jacome said. ôEverybodyĺs hitting. Even last night, without all the errors, I think we might have won that game. The guys battled, especially at the end. If we wouldnĺt have put so many runs on the board for the other team, we would have had a chance to win.ö