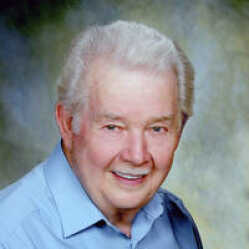 The family will greet friends and visitors from 6 to 8 p.m., Thursday at Bishop Funeral Service, 110 South 3rd Street, McAlester, Okla.

A funeral service will be held at 2 p.m., Friday, June 25, at Bishop Chapel of Memories officiated by the Rev. Chip Lott. Burial will follow at Tannehill Cemetery.

Wayne was born on December 27, 1935 in Harwood, Missouri to Oscar Warren and Ethel Pearl (Stults) Greer. He was one of 11 children.

Wayne grew up in the Eve, Mo., area and graduated from Nevada High School in 1953. After he graduated high school, he then moved to California where he worked as a police officer in El Cajon, Calif. He then worked as a store manager for Mayfair Markets. He moved to McAlester in 1980 where he worked for Locke Supply as a manager, retiring after 20 years.

He married Vera Gale (Tannehill) Sims on June 26, 1982 in McAlester. Wayne and Vera are members of Calvary Baptist Church.

Wayne was preceded in death by his parents; four brothers; and five sisters.

He is survived by his wife, Vera, of the home; daughters, Glenda and Charles Cooper, Kimberly Gregory, Candice and Michael Trieger; stepsons, Jimmy and Sandra Sims, Rodger and Willetta Sims; three grandchildren; two great-grandchildren; and a sister, Elaine and husband, Doug.