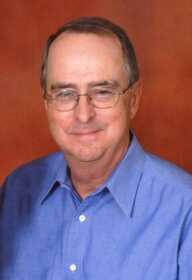 Bob was a 1959 graduate of Nevada High School. He continued his education at the University of Central Missouri and the University of Missouri, and graduated from Columbia College with a Bachelor’s degree in 1992.

He worked for Farm and Home in Nevada and Springfield where he became interested in real estate. Bob owned his own real estate appraisal business in Springfield for many years.

Bob worked as a Reviewing Right of Way Appraiser for the Missouri Department of Transportation for over 30 years until his retirement in 2003, although he continued to work part-time.

Bob was a longtime and active member of Grace Episcopal Church, Jefferson City. After retirement, he volunteered at the River City Habitat for Humanity ReStore, which he was very passionate about, and he also volunteered at the Samaritan Center.

Guided by his father, a carpenter, Bob became a talented woodworker and furniture refinisher. He enjoyed the outdoors by doing yardwork and feeding the birds. He and Ginny traveled, together and often with friends, in Learning in Retirement. Bob was also an avid St. Louis Cardinals fan. Most of all, Bob loved his family and all of the memories he made with them, especially spending time with all his grandkids.

Bob was preceded in death by his parents and five siblings.

In lieu of flowers, memorials are suggested to Grace Episcopal Church, Alzheimer’s Association, or River City Habitat for Humanity ReStore.