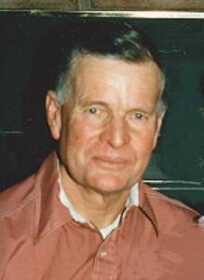 Jim was raised in Vernon County. He worked for the railroad for a number of years, and later worked for Joseph Pohl Construction for over 25 years until his retirement. Jim was member of the Heritage Baptist Church. His passion in life was leading people to Jesus and serving the Lord the best way he could.

Funeral services will be held at 2 p.m., Monday, July 12, at 2 p.m., at Ferry Funeral Home, in Nevada, with Pastor Jeff Adams and Pastor Jeff Swart officiating. Interment will follow in Moore Cemetery in Nevada. The family will receive friends from 1 to 2 p.m., at the funeral home prior to the service.

Memorials are suggested in his memory to Heritage Baptist Church in Nevada in care of Ferry Funeral Home.