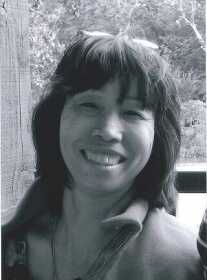 Jenny was raised in Taipei, Taiwan. She came to New York City in 1989 where she lived for five years. Following her marriage to Brad, they resided in Nevada. Jenny owned and operated Quick Dine in Nevada for six years, later moving the business to Sheldon where she has operated “Jennys” for the past 15 years.

In addition to her husband, Brad, she is survived by one son, John Ying, Overland Park, Kan.; one brother; and one sister. She was preceded in death by her parents.