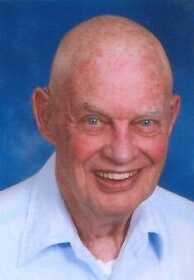 Winston graduated from Nevada High School in 1941 where he played quarterback his senior year of high school. He served in the United States Coast Guard during World War II. Following his years in the service he worked as a clerk for the United State Postal Service from 1948-1978 until his retirement. He enjoyed woodworking, fishing, and for several years coached Little League Baseball in Nevada.

Visitation will be held from 1 to 2 p.m., Saturday, July 31, at Ferry Funeral Home, in Nevada. Interment will follow in Newton Burial Park in Nevada.

Memorials are suggested to the American Diabetes Association in care of Ferry Funeral Home in Nevada, Mo.