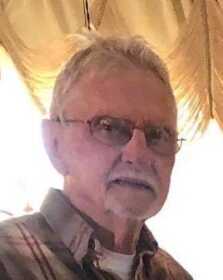 Jerry graduated from El Dorado Springs High School Class of 1964. Following high school he served in the United States Navy from 1964-1967. Upon his return from the service he worked as a diesel mechanic and truck driver. Jerry drove a truck all of his life. He enjoyed fishing, riding motorcycles, camping, and being with family. Jerry was a member of the VFW in Nevada.

He is survived by two children: a daughter, Chastity Gillen (Danny), Walker, Mo.; a son, Roger Wayne Miller (Sherri), Douglasville, Ga.; numerous grandchildren and great-grandchildren; one brother, Dale Miller, Nevada, Mo.; and numerous nieces and nephews. In addition to his wife, Susan, he was preceded in death by two sons, Troy Miller, and Travis Miller; his parents; a brother, Max Vaughan; and a sister, Connie Couch.

Graveside services with Military Honors will be held at 10 a.m., Monday, Aug. 9, at Moore Cemetery in Nevada. The family will receive friends from 1 to 3 p.m., Sunday, Aug. 8, at Ferry Funeral Home in Nevada.

Memorials are suggested in his memory to the Wounded Warriors Project in care of Ferry Funeral Home.