Speedway rained out Saturday, but action-packed on Sunday 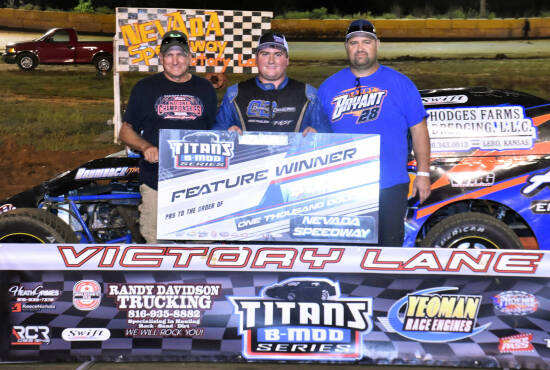 Despite the weekly races getting rained out Saturday night at the Nevada Speedway, 74 cars from around the country showed up to compete in the Lucas Oil NOW600 and Titans B-Mod Series on Sunday.

Jaxton Wiggs of Benton, Ill., took home the checkered flag in the Restricted A Class, going wire-to-wire in the 20-lap feature race. Concordia's Garrett Benson finished second after a close battle with Corbin Rueschenburg of Mesa, Ariz., who was third. Jett Nunley (fourth) and Justis Sokol (fifth) rounded out the top-five.

Benson made up for it in the A Class competition, moving up from his start in seventh to finish first. He was followed by Noah Key (second), Gavin Miller (third), Sokol (fourth), and Talin Turner (fifth).

Chelby Hinton made it a worthwhile trip from Dubberly, La., winning Non-Wing Micros from a starting position in fifth. Colby Sokol was right behind him in second place, followed by Trey Zorn in third, Miller in fourth, and Talin Turner in fifth. 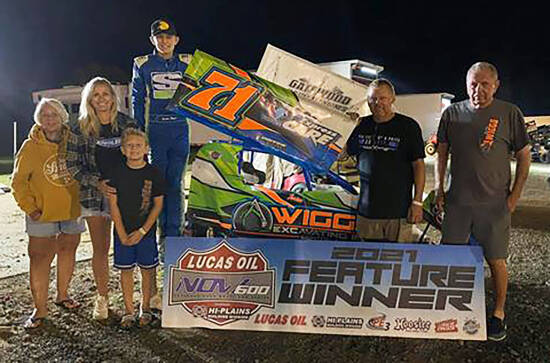 Weather-permitting, the Speedway will host Midwest Lightning Sprints and its season championship night starting at 7:30 p.m. on Saturday.