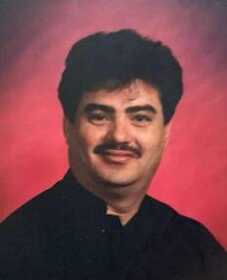 Patrick grew up in Nevada and graduated from Nevada High School Class of 1975. He worked as a hairstylist since the early 1980’s at Nile’s Hair Salon in Nevada.

A memorial service will be held at 1:30 p.m., Friday, Sept. 3, at Ferry Funeral Home, in Nevada. Friends may call now and until the hour of service at the funeral home.