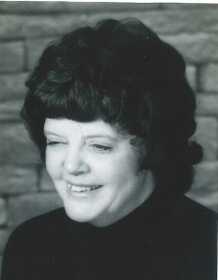 Jimmy was raised in New York and graduated from high school there. She became an RN and worked at a State Hospital in New York. In 1979, she came to Nevada and began working at the Nevada State Hospital in 1995. Jimmy enjoyed going to Downstream Casino to play slots with her husband. She was a life member of American Legion, and was also a member of VFW, and O.E.S.

In addition to her husband, Slim, she is survived by two children, Terry Turner (Lorraine), Nevada, and Brenda Kerr (Robert), Nevada; six grandchildren; four great-grandchildren; and an adopted sister, Janie Erwin, New York, N.Y. She was preceded in death by a brother, Jeffery Turner

Funeral services will be held at 10 a.m., Thursday, Sept. 2, at Ferry Funeral Home in Nevada. Interment will follow in the National Cemetery in Fort Scott, Kan., at 1:30 p.m. The family will receive friends from 6 to 8 p.m., Wednesday, at the funeral home.