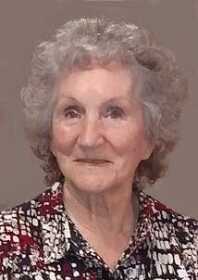 Rosalie was raised in Schell City and attended high school in Metz graduating in 1950. She worked at Nevada Medical Clinic, Nevada City Hospital, and operated Nevada License Bureau from 1976–1980. Known for her cooking, Rosalie ran a catering service in Nevada for a time.

The family will receive friends from 9 to 10:30 a.m., Monday, Sept. 20, at Ferry Funeral Home in Nevada. Graveside services will follow with Pastor Roger Beach officiating at the National Cemetery in Fort Scott, Kan., at 11 a.m.

Memorials are suggested in her memory to the Vernon County Youth Fair in care of Ferry Funeral Home.