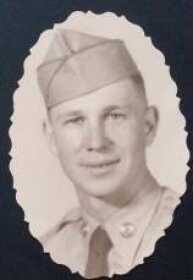 A lifelong resident of Nevada, Roy graduated from Nevada High School, class of 1950. He was drafted to Korea in 1953 and served in the U.S. Army March 31, 1953-March 30, 1955. He raised his family on the farm where he grew up, operating the family farm and contributing to various building projects for Pohl and Bauman construction companies before forming and running his own construction company. A member of the Masons, he was a past Master of Osage Lodge No. 303. He was also a member of the United Methodist Church. In his retirement, he enjoyed coffee clubs at 54 Cafe and McDonald’s.

In addition to his wife, Joy, he was preceded in death by his parents; sisters, Helen Gast, Marjory Gast, and Dorothy Tyer; and his great-granddaughter, Eliza Taylor Duckworth.

Survivors also include his sister, Margaret “Dottie” Scott, as well as several cousins, nieces, and nephews, great-nieces and -nephews, and many dear friends.

A graveside service with military honors will be held on Saturday, Oct. 9, at 10:30 a.m., in the Deerfield Cemetery with the Rev. Bob Beaver officiating.

In lieu of flowers, memorial donations can be made in care of Ferry Funeral Home to the Vernon County Youth Fair or Riverside Cowboy Church Rodeo Bible Camp. 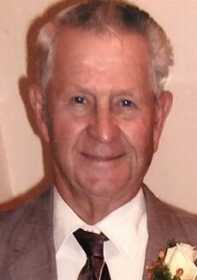