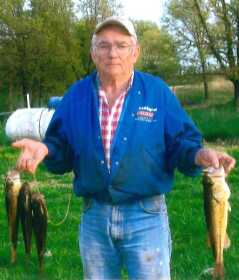 Leonard served as a Corporal in the United States Marines. He worked for over 20 years as a butcher. He later worked in the assessor’s office in Vernon County, Mo., for 10 years. Leonard enjoyed hunting, fishing, raising cattle, and spending time with the grandchildren. He was often found tinkering in his shop fixing something.