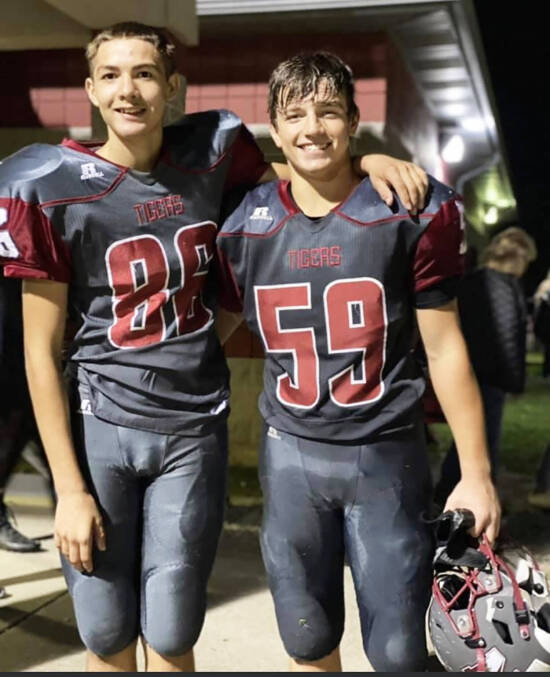 The Tigers got the scoring started in the first quarter when freshman quarterback Gabe Smith connected with sophomore tailback Tucker Duncan on a 20-yard touchdown pass.

Junior Blake Cox added a 27-yard TD run and two-point conversion in the second quarter, before Duncan found the end zone two more times in the third (first from 27 yards out, then 38) and another time in the fourth (31 yards out).

"The highlight of the night came when Sam Purkey hauled in a two-point conversion pass from Gabe Smith in the third quarter," NHS head coach Jerrod Alexander stated. "We have a special play designed to throw the ball to Sam on two-point conversion attempts and we have been attempting all season to execute it. Tonight we finally got that done, and it was awesome to see the excitement on Sam’s face and see all of his teammates celebrating his success with him."

Alexander was also happy to see his team avoid letting a few turnovers cost it the victory.

"We are very pleased with our effort overall and know we need to correct our mistakes turning the football over," he stated. "Tonight was another physical football game. Every week playing in the Big 8 conference is a challenge. Offensively we were able to execute really well from start to finish."