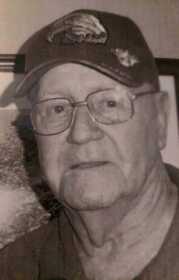 Gene graduated from Nevada High School 1953. He worked for several Nevada service stations--including his own DX station, over a span of 34 years. He worked for the City of Nevada street department for over 18 years--from which he retired 2003.

Gene was a lifetime member of the Fraternity Order of the Eagles as well as the Nevada Elks Club, and the VFW Auxiliary. He was known for his conscientious fundraising efforts to support the Gene and Lucille Smith Penny Fund R-5 Scholarship Foundation.

Gene moved to Chattanooga, Tenn., in 2014 to live with his oldest son Dennis and remained a resident until his death, Nov. 27, 2021. Gene is survived by his two sons, Dennis and Kenneth; as well as six grandchildren; and five great-grandchildren.

Gene and Lucille had four children, Dennis Smith of Chattanooga, Tenn., and Kenneth Smith of Houston, Texas. He is preceded him in death by his son, Michael Smith; and a daughter, Kathy Robbins. All of his sons served in the U.S. military service, of which Gene was very proud.

Funeral services will be held at 11 a.m., Saturday, Dec. 4, at Ferry Funeral Home, in Nevada. Interment will follow in Newton Burial Park. The family will receive friends from 6 to 7 p.m., Friday, at the funeral home.

The family requests that in lieu of flowers, financial gifts to the R-5 Foundation for the Gene and Lucille Smith Scholarship. Contributions may be made to: 800 W. Hickory Street, Nevada MO 64772.