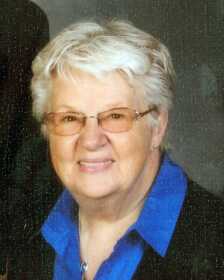 Virginia Ellen Durbin, 77, a resident of Fulton, Kan., passed away peacefully on Saturday, Dec. 4, 2021, at her home. She was born on the old Yonker place south of Hume, Mo., on Easter Sunday, April 9, 1944, the daughter of Hirchel Sullivan and Wilma Ford Sullivan.

Virginia graduated from the Hume High School with the Class of 1962. Virginia, the little girl from the sticks, married her best friend, Jesse Lee Durbin on June 2, 1962, at St. Patrick’s Catholic Church in Fulton. Together they had six children. Virginia spent most of her life doing what she loved, taking care of and nurturing children. Several have mentioned that she was the best babysitter ever. In addition, she and Jesse welcomed numerous foster children into their home. Virginia was a member of the St. Mary’s Catholic Church in Fort Scott. She also served on the Fulton Community Center Board.

Survivors include her husband, Jesse, of the home in Fulton; a daughter, Elena Durbin of Fulton, Kan., and four sons, Jesse Durbin (Janice), of Hume, Mo., Doug Durbin of Kansas City, Ray Durbin (Maria) of Panama and Harold Durbin of Boston, Mass.; 12 grandchildren; and four great-grandchildren. Also surviving are a sister, Karen Irwin (Everett) of Hume, Mo., and numerous nieces and nephews. She was preceded in death by a son, Joe Durbin; and her parents.

Father Yancey Burgess will conduct Mass of Christian Burial at 10 a.m., Thursday, at the Mary Queen of Angels Catholic Church in Fort Scott. Burial will follow in the St. Michael’s Cemetery at Fulton. The family will receive friends from 5:30 to 7:30 p.m., Wednesday, at the Cheney Witt Chapel. The Rosary will be recited at 7:30 p.m. Memorials are suggested to Integrity Hospice and may be left in care of the Cheney Witt Chapel, 201 S. Main, P.O. Box 347, Fort Scott.