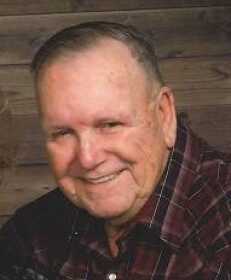 James was raised in the Monett and Pierce City area. From 1959 to1962 he served in the United States Navy. In 1966, he reentered the Navy and served until his retirement in 1983. Following his time in the service, he came back to Vernon County living near Compton Junction. James worked for Thorpe’s Appliance, operated his own plumbing business for 10 years, and later worked at O’Sullivan Industries in Lamar until retiring. He attended the First Christian Church in Nevada. He enjoyed writing poetry, fishing, mowing his lawn, being Martha’s jelly and jam maker, and was an avid Kansas City Chiefs fan.

Funeral services will be held at 10 a.m., Saturday, Dec. 18, at Ferry Funeral Home, in Nevada, with Pastor Jeff Robinson officiating. Interment with Military Honors will follow in Mt. Vernon Cemetery, Walker, Mo. The family will receive friends from 5 to 7 p.m., Friday, at the funeral home.

Memorials are suggested in his memory to the American Cancer Society in care of Ferry Funeral Home.