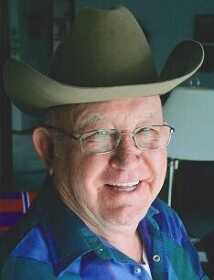 James Theodore (Ted) Legall was called home to be with the Lord on Dec. 11, 2021, at Saint Luke’s Hospital in Kansas City, Mo. Ted with his wife, Pansy lived on a farm outside of Blairstown, Mo., since their marriage on May 16, 1987.

Ted was born on Oct. 8, 1938, at Mullen, Idaho. Ted was the second child of Andrew Joseph and Erma (Rogers) Legall. Later Ted received a bonus father and a brother. The family moved to Colorado and then to Clinton, Mo., where they settled.

Ted graduated from Clinton High School in 1955. After high school, Ted went into the military for six years. After the military, he joined the Kansas City Postal Service where he became an electronic electrician. Ted worked for the Postal Service until his retirement in 2000.

After retirement, Ted became interested in woodworking along with his wife after her retirement. The made wonderful wooden items that they took to craft fairs and gave to family and friends. Ted was a member of the Lee’s Summit Woodworkers Guild and the Urich American Legion. He was also an active member of The New Covent Fellowship Church in Garden City, Mo.

As much as Ted enjoyed woodworking, he loved the outdoors, hunting, and mostly spending time with his family. He was a loving, caring husband, father, bonus father, grandpa, and great grandpa to his family.

Ted was preceded in death by his parents; a brother, Roger Helphrey; a sister, Thelma Smith; a brother-in-law, George Smith; and his greatest loss, a son, Micheal Legall.

Funeral services will be held at 1 p.m., Wednesday, Dec. 15, at Ferry Funeral Home, in Nevada, with Pastor Richard Williams officiating. Interment with Military Honors will follow in Bluff Cemetery in Barton County, Mo. Friends may call now and until the hour of service at the funeral home.