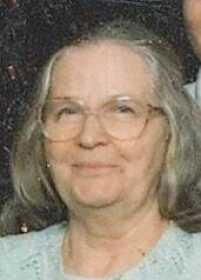 Nellie grew up in Nevada and graduated from Nevada High School Class of 1957. Although primarily a homemaker, Nellie worked for a time at the Kellwood Tent Factory and Nelly Don in Nevada and also worked several years at Murphy Farms. Nellie had a love for reading, sewing, and genealogy. She was member of the Tri County Genealogy Society and the Church of God Holiness in Deerfield. Nellie had a love of family and especially enjoyed spending time with her grandchildren.

Funeral services will be held at 11 a.m., Monday, Dec. 20, at Ferry Funeral Home, in Nevada. The family will receive friends from 10 to 11 a.m., prior to the service. Interment will be in the National Cemetery in Fort Scott, Kan., at a later date.

Memorial contributions may be made in her memory to a charity of the donor’s choice in care of Ferry Funeral Home.