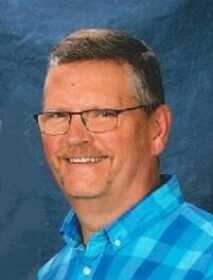 Kip Jackson, 58, Nevada, Mo., passed away after a short illness on Dec. 25, 2021, at Nevada Regional Medical Center. He was born Dec. 7, 1963, in Fortuna, Calif., the son of Norman K. and Rose Marie of El Dorado Springs. He graduated El Dorado Springs High school 1982. He worked for Sibley and Thatch during the high school years and then for Allison’s Tire until he moved to Nevada and started employment at Farm & Home in the print shop, from there he moved onto a print shop called Budget Print until 3M called him and offered him a position of which he spent 25 years doing.

He married Mary Rogers, the love of his life in 2011. Kip and Mary loved to watch sunsets, watching birds feed and make nests. Kip loved nature, going fishing with the kids, teaching them skills like safety with guns. He was creative with his woodworking skills, as he and Mary spent off time making beautiful wooden pieces. He loved spending time in nature cutting wood and growing a large garden. He and Mary spent time in the kitchen with vegetables they grew making elaborate dishes for all to taste. Kip and Mary had a family of Standard Poodles all of which he enjoyed from puppy stage to adult, teaching them tricks and manners. Kip and Mary enjoyed traveling to places like Montana, Kentucky, Tennessee, Illinois, Texas, Arizona and made many memories of other places too numerous to mention.

A Rosary will be held at 6:30 p.m., Wednesday, Dec. 29, with visitation following from 7 to 8 p.m., at Ferry Funeral Home, on Washington Street in Nevada. Mass of Christian Burial will be held on Thursday, Dec. 30 at 10 a.m., at St Mary’s Catholic Church, 330 North Main, Nevada Mo., with Father Joel Rogers officiating. Interment will follow in Mt. Calvary Cemetery on Olive Street Nevada, Mo.

Those in attendance are asked to wear face masks to protect themselves and others.