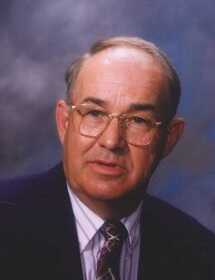 Alva Jackson (Jack) Brock, passed away on Sunday, March 27, 2022, after a long illness. He was born Jan. 28, 1940, at home in Deerfield, Mo., to Clarence G. Brock and Gladys Ripley Brock. He had two older sisters, Betty Beasley and Anna Frances Jeans.

Jack was a lifelong resident of Vernon County where he spent his final days watching his beloved cows and sitting with his little dog, Bebe.

Jack graduated high school from Nevada and completed his Master’s Degree at Pittsburg State University in 1966. After teaching for a short time, he joined the Missouri Department of Vocational Rehabilitation where he spent his career, retiring in 1996. Later, he helped found On My Own, Inc. where he served as Executive Director until he retired again in 2006. In 1960, he married Sarah Drury and they celebrated their 62nd wedding anniversary.

Jack was a hardworking, cheerful, and kind man with an infectious grin and a mischievous sense of humor. He loved his family, his cattle, and his many dogs. He was an avid quail hunter in his younger days.

The family will receive friends at a visitation to be held on Monday, April 4, from 7 to 8 p.m., at Ferry Funeral Home in Nevada.

Memorials are suggested in his name to the Parkinson’s Foundation in care of Ferry Funeral Home.