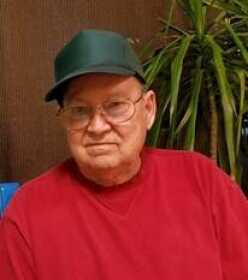 He married Kathryn “June” LaDue on Sept. 23, 1961, and they were blessed with three children, James Dale, Suzan Dalette, and John Steven.

After graduating, Dale moved to Kansas City, Mo., and worked for several months at Hallmark Card. He then took his "favorite" job with (Roy) Phillips Standard Service in Kansas City, Mo., which later moved to Overland Park, Kan. He held this job until returning to Nevada, Mo., in 1969. He then began working for The Volkswagen Co. in Nevada, Mo., before purchasing service station: Dale’s Standard. After operating it for a few years he sold the station and went to work at 3M, retiring in 2000.

Soon after retiring he then spent several years working for, helping out, and really enjoying the Mennonite folks in the Rich Hill, Mo., area.

After June retired in December 2006, they became "Arizona Snowbirds" and spent 5 months each winter in Las Colinas RV Park in Casa Grande, Ariz., area. For several years they also had several booths in flea markets selling Blackberry Farms jams and jellies, pickles and apple butter and everything else the Mennonites made.

The family will receive friends on Monday, April 4, from 5 to 6 p.m. Funeral services are scheduled for Tuesday, April 5, at 1:30 p.m., with Pastors Greg York and Adam Gordon officiating. Both will be held at Ferry Funeral Home in Nevada, Mo.

Burial will follow in Salem Cemetery in Cliquot, Mo.