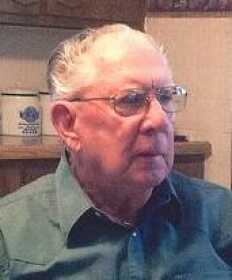 Clarence was a 1947 graduate of Walker High School. He lived in several places while serving his country in the Air Force from 1949 to 1971. After his Air Force retirement, he returned to the Richards, Mo., area and worked for Garner Oil Company and farmed.

Clarence was a member of the Richards Masonic Lodge for over 60 years, Fort Scott Shriners and Emery Coffee Club. He served as District Deputy Grand Lecturer 43rd District of Missouri and Grand Master Osage Lodge 303.

Contributions may be made in Clarence’s name to Mirza Shrine, Fort Scott, Unity Masonic Lodge No. 495, Richards, or Greenwood Christian Church, Greenwood, Mo.