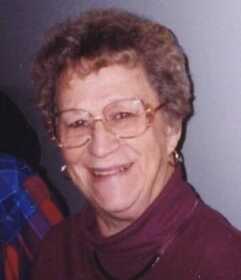 Margaret, often known as Doty, was the fourth of five children born on the family farm. Her parents, sisters; Helen Gast, Marjory Gast, Dorothy Tyer, and brother Roy Taylor preceded her in death. Married to Glenn O. Scott they had a daughter, Rosemary Larsen, who survives. Margaret was beloved by her Gast, Taylor, Scott and Tyer nephews and nieces.

She proudly graduated second in her class from Nevada High School and began a long career in various secretarial positions at Western Insurance, Missouri Welfare, Missouri State Hospital and NRMC Clinics until retirement. Introduced to Episcopal Church services through high school glee club, she joined All Saints Episcopal Church in later years and was active in the alter guild sewing cushions still used today at the communion rail.

Margaret was passionate about gardening and surrounded herself with colorful daylilies and irises. She had a tender heart for animals and until recently always had a dog or two or more.

Graveside committal services will be held at 2:30 p.m. on Wednesday, April 13, 2022 at Newton Burial Park in Nevada with Father Jim Lile officiating.