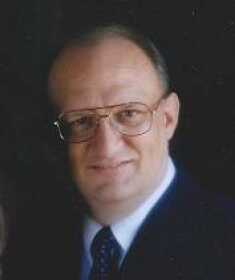 Ken was born April 7, 1954, in Malad, Idaho, to Jack Randolph and Ruth Marie (Newman) Hutchins. He was a high school graduate and graduated from Purdue University with a degree in construction management. On April 6, 1978, he married Sally Marie Toronto in Salt Lake City, Utah, and together they raised seven children. Ken was a member of the Church of Jesus Christ of Latter-Day Saints, and served as a missionary in Dallas, Texas, and served in various callings in the church, which he enjoyed very much. He was a Scout Master for 10 years, worked as a construction manager for 15 years, worked at Nevada Regional Hospital as a materials manager. In 2008, he retired and was active full-time in buying and selling real estate, and in 2008 focused on commercial real estate. Ken and his wife have owned several grocery stores and Sears stores. Ken was known as a generous man and loved his family very much.

Preceding him in death were his parents; two brothers, Doug Hutchins and Richard Hutchins; as well as a grandson, Ethan Hutchins.

The funeral service will be held at 11 a.m., Saturday, April 16, at the Latter-Day Saints Church in Nevada, Mo., with burial to follow in Moore Cemetery.

The family will receive friends from 10 until 11 a.m., Saturday, prior to the service at the church