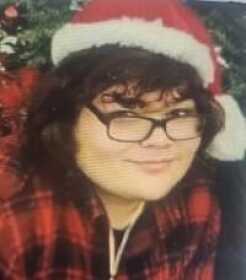 Ashtin grew up in Hudson, Fla., and came to Nevada in August of 2009. Ashtin worked at Casey’s Convenience Store on Osage for several years, and later for a time at Pete’s Convenience Store. He had a love of animals and children and enjoyed puppy sitting as well as childcare and babysitting. Ashtin was involved in children’s ministries at Pine Street Baptist Church. On his 18th birthday he went on a mission trip to see Noah’s Ark in Kentucky. Known for his sense of humor and his big heart, he also loved watching movies, animals, spending time with his family and friends, and being helpful and caring to others.

Survivors include his mother, Ruth Ann Dorman, Nevada; brothers and sisters, Cindy Dorman, Bobby Dorman, Pam Boatwright, Cheryl Dorman, Chandler Dorman, and Gabriel Dorman, all of Nevada; and numerous nieces and nephews. He was preceded in death by his father, Robert; grandmother, Ruth Maxson; and his uncle, Frank Maxson.

Memorial services will be held at 4 p.m., Monday, April 25, at Ferry Funeral Home, in Nevada, with Travis Cole officiating. Friends may call now and until the hour of service at the funeral home.

Memorials may be made in his memory to the Nevada Animal Shelter in care of Ferry Funeral Home.