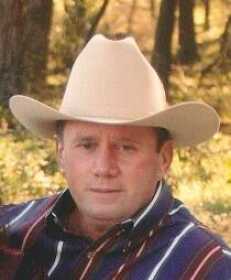 Ed grew up in Nevada and graduated from Nevada High School in 1964. He served in the United States Army for a brief time followed by six years with the Kansas National Guard. Ed worked for Guthrie Motors as the Parts Manager, and also at Balk Tractor and Equipment as a salesman for several years. Ed, along with Jim Lawrence, began Nevada Truck Sales together, a business that Ed continued on his own as “Ed’s Trucks and Trailers." In addition, he raised cattle all of his life.

Ed had a great love for horses from the time he was three years old. He served as President of Southwest Missouri Team Penners for 30 years. Ed attended the Riverside Cowboy Church in Nevada. And was also a member of the Eagles Lodge, and a lifetime member of the BPO Elks (55 years).

Graveside services will be held at 10 a.m., Saturday, May 14, at Deerfield Cemetery in Deerfield, Mo., with Cris Rodriquez officiating. Friends may call now and until the hour of service at Ferry Funeral Home in Nevada.

Memorials are suggested to Riverside Cowboy Church or the Deerfield Cemetery in care of Ferry Funeral Home.