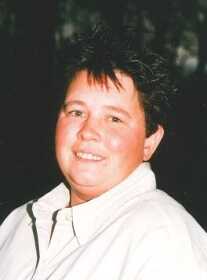 Liberty attended All Saints Episcopal Church in Nevada, graduated from Nevada High School in 1989, married Stephen Davis in 1993, attended Metro Business College in Jefferson City and for the past 18 years worked for Capitol Region Medical Center in Jefferson City as an administrative assistant at Eastland Urgent Care.

Liberty was an advocate to Congress for ALS, a member of the Bocci Ball Club of Jefferson City, avid sports fan including the Kansas City Chiefs, and Missouri Tiger Basketball. She loved life, had a kindred spirit, and was forgiving. She had a love for people and her cats. Liberty was known by her parents as “Our Hippie Child” free spirited and independent.

Funeral services will be held at 10 a.m., Wednesday, June 29, at Ferry Funeral Home, in Nevada, with Father Jim Lile officiating. Interment will follow in Moore Cemetery in Nevada. Visitation will be from 5 to 7 p.m., Tuesday.

Memorials may be made to the ALS Society or to the family in care of the Ferry Funeral Home.