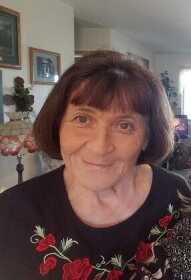 Regina was raised in Nevada and graduated from Nevada High School class of 1965. She worked at Arthurs Tax Service even before graduating high school, with evening hours spent working at the Nevada Fox Theater. She also worked as a bookkeeper at the Nevada Daily Mail from 1965 to 1966. She then moved to Tucson, Ariz., and worked as a bookkeeper at an electric company.

In 1967, she moved back to Nevada and returned to her bookkeeper position at the Nevada Daily Mail. After marrying her husband, Danny Sewell, they moved to Tucson, Ariz., in 1969. A bookkeeper position was held at a title and trust company there. She continued clerical positions most of her adult life including motel front desks, convenience stores, newspaper offices and the Vernon County Water District until her retirement in January 2020, due to a sudden stroke. Regina enjoyed playing cards like Pitch with family and friends as well as visiting casinos.

Survivors include her daughter, Tracy Sewell, of Nevada; three sisters, Eleanor Willson (Gilbert), Walker, Mo., Pat Olson (William), Plymouth, Wis., and Betsey Medearis (Lloyd), Sahaurita, Ariz., as well as many nieces, nephews, cousins, and her best friend of many years, Connie Heim. In addition to her husband, she was preceded in death by her parents; one son, Travis Lee Sewell; and a brother, Billy Joe McDermott.