Cadets participate in final Raider Team competition of the year

Special to the Daily Mail 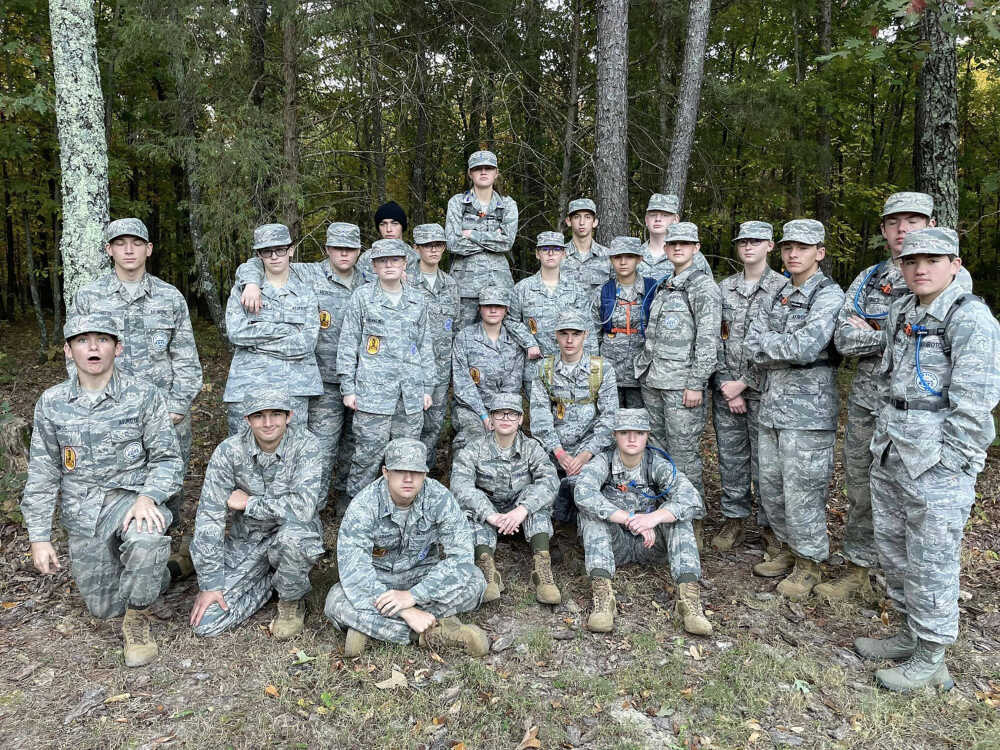 Nevada Flying Tigers had two full teams for the Ozark Raider Nationals rehearsal in Marshfield this past weekend. This was the last official Raider competition of the school year (Bataan Memorial Death Marches and Tiger 50 Challenge still coming) and the Nevada Flying Tigers competed well.

The cadets started the day by completing a 3.1 mile run in uniform, followed by multiple obstacle course events including an 11-foot wall, a 250-pound canoe, and an endless number of heavy water cans and ammunition crates. "The team, led by Gabriel Adams, has grown tremendously in now our third year of competition thanks to the leadership of Adams and support by the parents," stated instructor Col. Bryan Eckart. "Our second team, an all-female team commanded by Elise (Elsie) Moreland, consisted of six first time competitors along with our two new male competitors (Hayley Mather, Raven Matthews, Tania Franklin, Jaydin Edds, Hailie Harrelson, Tayven Davis, Cashton Hoffman, and Caleb Carroll)."

"You can be proud of your Nevada JROTC cadets as they endured to the end," noted Eckart. "We had many first time competitors in this competition and learned a lot to improve our techniques."

Gabriel Adams and Hailie Harrelson competed in the Ultimate Raider competition following the day’s events. Gabriel got off to a blazing start and led all runners into the woods. Hailie had a dramatic finish by successfully scaling an 8-foot wall.

"Without as much fanfare as the fall sports program, but equally important, we had six full time Raiders complete their last competition," added Eckart. "Thanks to Gabriel Adams, Joshua Partee, Taylor Kelso, Addison Sherrin, and Andrew Sandrock for your leadership and participation — you truly left your legacy on the program and we are better for it."