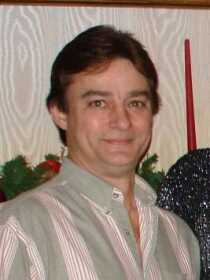 Dusty was born Jan. 15, 1960, in Nevada, Mo., to Ronnie and Joann Jones. Dusty was a proud graduate of the Nevada High School class of 1978 and treasured those friendships and memories. On June 11, 1978, Dusty married Bobbi Williams. They made their home and raised two sons in Barton County.

Dusty spent his time helping build two fantastic family businesses--Jones Boots and Jones Twine, alongside his father, Ronnie. He was the star of the legendary Jones Boots commercials, using his deep, scratchy voice for the famous catchphrase “Boots, Boots, and More Boots.” Dusty was also a key leader in Jones Twine becoming one of the region’s largest suppliers of hay baling products.

Dusty was an amazing family man. His greatest passion was spending time with his kids, coaching their sports teams, and creating several memories on incredible vacations.

Dusty had friends and family from around the area that he cherished deeply. He always enjoyed the great conversations and memories with those who were special to him.

Dusty was preceded in death by his father, Ronnie Jones; wife, Bobbi Jones; and brother, Travis Jones. A graveside service will be held at 12:30 p.m., Nov. 7, 2022, at Newton Burial Park in Nevada.

Memorial contributions will be given to the Sheldon Youth Football Program Sheldon, Mo.

Memorials are suggested in his memory to the Local Sheldon Community in care of Ferry Funeral Home, Nevada.