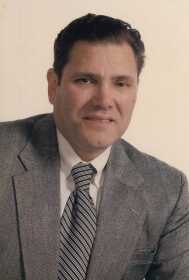 William Andy Lamb, 78, passed away on Saturday, Nov. 12, 2022, in El Dorado Springs, Mo., under the care of his daughter. He had been diagnosed with metatastic prostate cancer in July 2022.

William as born in Joplin, Mo., on June 10, 1944, to William Andy Lamb and Esther Emma (Hughes) Lamb. Affectionately nicknamed "Pal" by his mother prior to his birth knowing that she would have a pal for life.

William grew up working on a small livestock farm southwest of Jerico Springs. In 1962 he graduated from Stockton High School and moved onto the University of Missouri, Columbia where he obtained a Bachelor's in Agriculture in 1966 and Master's in Agriculture Education in 1972.

He worked at the Harris Cafe in Columbia as a bus boy to pay for his education. While at the cafe he met his future wife, Elizabeth Lynn Creber who also worked at the cafe owned by her parents. William and Lynn married on May 7, 1966. To this union two children were born: Tammy Lea in 1966, and Rick in 1970.

He graduated and began teaching in Ag Science, Animal Science and Farm Management in the public schools of Stockton, Odessa, Marshall, and Warrensburg Area Vo-Tech in 1966-1980. William returned to University of Missouri and received his Ph.D. in Public Agricultural Vocational Technical Education, PAVTE, in 1984. He taught at Utah State University, in Logan, Utah as an assistant professor from 1981-1986. Following that he moved back to Missouri and taught welding at General Motors in Wentzvile, Mo., from 1987-1991. For a time in the eighties, he was married to Joan (Montgomery) Mangum of Colorado.

As a student in high school his favorite classes were Vo-Tech related. His instructor, Mr. Paul Tinsley, was an enormous motivation and inspiration for him. With that invaluable leadership, William was inspired to be an Ag. Instructor himself. William thoroughly enjoyed being an FFA instructor for the students and taking them to compete in numerous contests state wide.

No services are planned. William will be buried in Greenfield Cemetery, south of Jerico Springs.