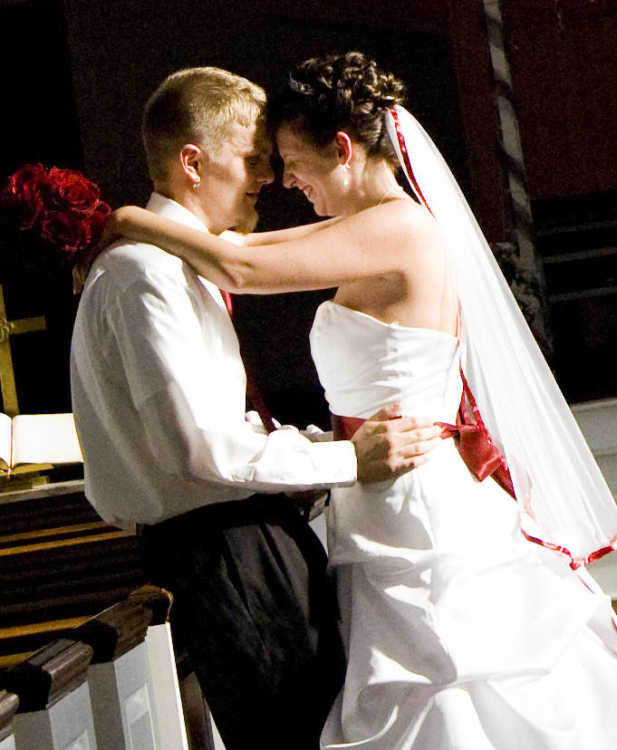 Miranda Good became the bride of Joey Bronson on June 21, 2008, at the Cottey College Chapel, Nevada. Adam Dean officiated the ceremony. The church was decorated in the couple's wedding colors of red, black and white.

A reception followed at the 3M Clubhouse in Nevada, Mo.

Miranda is the daughter of Mike and Arlene Good, of Nevada. Grandparents are Bob and Jane Hutchison of Walker and Bill and Donna Good of Nevada.

Joey is the son of Bob and Susan Bronson of Lamar. Grandparents are Claria Bell and Jess Searles and Rose and the late Oscar Bronson.