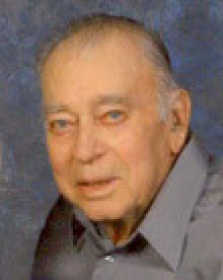 He was preceded in death by his parents, an infant sister, Bessy Louise Karleskint, and an infant granddaughter, Nicole Karleskint.

The Rev. Darrin May will conduct Mass of Christian Burial at 11 a.m., Monday in the Mary Queen of Angels Catholic Church. Burial will follow in St. Mary's Catholic Cemetery with Military Honors conducted by the Olson Frary Burkhart Post No.1165 Veterans of Foreign Wars. The Rosary will be recited at 6 p.m., Sunday in the Cheney Witt Chapel followed by visitation.

Memorials are suggested to either the Mary Queen of Angels Catholic Church or St. Mary's Catholic School and may be sent to Cheney Witt Chapel, P.O. Box 347, Fort Scott, KS. 66701. Words of remembrance may be submitted to the online guestbook at www.cheneywitt.com.