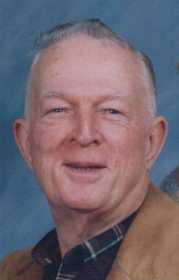 Willis retired from the CIPS Power Station at Grand Tower in 1982, after 40 plus years of service. He was a member of Christ Lutheran Church of Jacob and a member of the Union of International Operating Engineers Local No. 148, Maryville, Ill. Willis was also a devoted husband, father, grandfather and great-grandfather.

Funeral services will be held at 11 a.m., Thursday, Jan. 6, at the Christ Lutheran Church in Jacob, with the Rev. Mike Kettner officiating. Interment will be in the Walker Hill Cemetery, Grand Tower. Visitation will be held at the Meredith Funeral Chapel in Grand Tower, from 5 to 8 p.m., Wednesday, Jan. 5.

Memorials may be made to Christ Lutheran Church of Jacob and will be accepted by the funeral home.