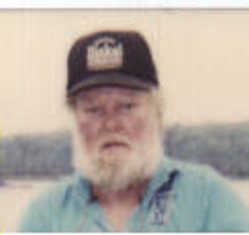 Dwight was born and reared in Milo and attended school in Nevada. He joined the U.S. Marine Corps serving three years and stationed in Oceanside, Calif. Dwight was a member of the Bible Baptist Church, Nevada. He was employed with Foremost Milk Company in Nevada for several years. He also worked at the Nevada State Hospital as an aide. Dwight was past-president of the Nevada Boot and Saddle Club. He rode in the American Royal Parade in Kansas City, Mo., and for several years, rode in local rodeos. He loved traveling with his wife, enjoyed gospel music, and playing softball. He was a loving husband and father.

Funeral services will be held at 10 a.m., Saturday, March 19, at Ferry Funeral Home, with the Rev. Jerry Pyle officiating. Interment with Military Rites will follow in Olive Branch Cemetery, Milo. Friends may call now and until the hour of service and the family receives friends from 7-8 p.m., Friday, March 18, at the funeral home.

Those who wish may contribute in his memory to the Vernon County Cancer Relief in care of Ferry Funeral Home, 301 S. Washington, Nevada.