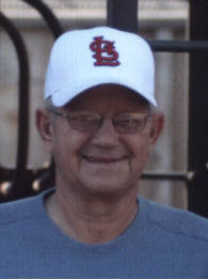 Joe came to Nevada at the age of five and attended Nevada schools. He worked for 3M in Nevada for 19 1/2 years until his retirement due to disability. Joe played and loved the game of baseball and beginning at the age of 15, would go on to umpire games for more than 42 years for little leagues, high school baseball and softball, and Nevada Griffons Baseball. In recent years, Joe was the Tournament Director and also the Umpire--In-Chief which had become a great source of pride for him these past few years. Joe was a member of the Horton Methodist Church.

Funeral services will be held at 10 a.m., Friday, Oct. 21, at Ferry Funeral Home in Nevada, with Lawrence Cripps officiating. Interment will follow in Newton Burial Park, Nevada. The family will receive friends from 6-8 p.m., Thursday, at the funeral home. Friends may call now and until the hour of service at the funeral home.

Those who wish may contribute in his memory to the Vernon County Cancer Relief or the Horton Methodist Church in care of Ferry Funeral Home.