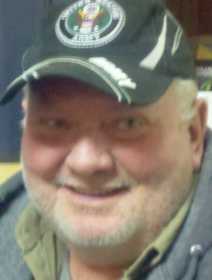 Bill was raised in Nevada and graduated from Nevada High School in 1967. He enlisted in the U.S. Army in March of 1968 and served two tours of duty in Vietnam with "D" Battery 5/16th Field Artillery in Pleiku, Vietnam. He was honorably discharged in March of 1972. Following the service, he returned to live and work in the Nevada area. Bill has lived in Kansas for the past year to be near his son and grandchildren. He was known for his sense of humor and ability to get along with and make others laugh. His "winning numbers were ..." He was a lifetime member of VFW Post No. 1158, Pittsburg, Kan., and the American Legion in Mulberry, Kan.

Survivors include one son, Travis Allen and his wife, Andrea, Mulberry, Kan.; three grandchildren, Emily Allen, Lucus Allen and Ashton Allen, all of Mulberry, Kan.; two sisters, Donna Spencer and Peggy Swafford, both of Nevada; and several nieces and nephews. He was preceded in death by his parents, and two brothers, Stephen Wardin and Clayton Wardin.

Memorial contributions may be made in his memory to the VFW Post No. 1158, Pittsburg, Kan., in care of his son, Travis Allen, 116 N. Lincoln, Mulberry, Kan.