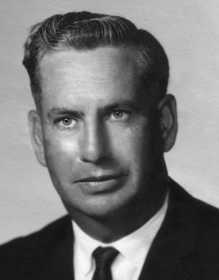 He farmed until he retired in 1987. He served as volunteer minister of Jehovah's Witnesses from 1957 until his death.