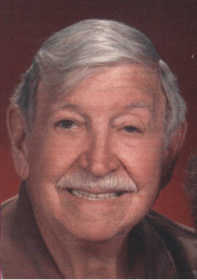 Having grown up in the Columbus area, he was a graduate of Columbus High School and Pittsburg State University, Pittsburg, Kan. Val worked for a few years as a chemist before moving his family to Nevada to accept the job as a Prudential Insurance agent, where he continued until his retirement in 1992. He was a member of St. Mary's Catholic Church in Nevada, Knights of Columbus Council No. 855, and the BPOE Lodge No. 564.

Mass of Christian burial will be held at 10 a.m., Saturday, March 10, at St. Mary's Catholic Church, Nevada, with the Rev. Tom Albers officiating. Interment will follow at Mt. Calvary Cemetery in Nevada.

Friends may call now and until 8 p.m., Friday, at Ferry Funeral Home, Nevada. A Rosary service will be held at the funeral home Friday, March 9, at 6:30 p.m. The family will receive friends following the rosary until 8 p.m.

Contributions may be made in his memory to St. Mary's Catholic Church, in care of Ferry Funeral Home, 301 S. Washington, Nevada.