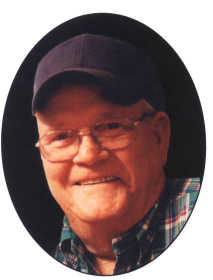 Ferrelle Ray Ryan, 76, Nevada, passed away on Friday, July 20, 2012, at Freeman West Health System, Joplin, Mo., following a lengthy illness. He was born April 30, 1936, in Nevada, to Frederick D. Ryan and Agnes Opal Lovell Ryan. He was married on June 5, 1955, in Nevada, to his high school sweetheart, Donna Kay Doelling, and she survives of the home.

Ray was born and raised in Nevada and graduated from Nevada High School in 1954. He worked for Missouri State Highway Department out of Joplin, Mo., as a survey party chief for 36 years, retiring in 1992. He loved his children, grandchildren and great-grandchild. Ray liked hunting and fishing. He was a self-taught artist and even wrote a book. He was a big supporter of Nevada High School and was a member of the First Baptist Church, Nevada.

Graveside services will be held at 10 a.m., Monday, July 23, at Newton Burial Park, Nevada, with the Rev. Hubert Fox officiating. Friends may call now and until 9:30 a.m., Monday, at Ferry Funeral Home, Nevada.

Memorials may be made, in his memory, to the donor's choice in care of Ferry Funeral Home.