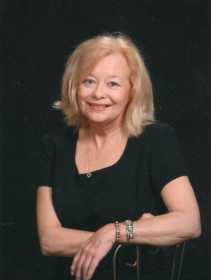 Lona was born on Sept. 11, 1950, in Roseau, Minn., to Stanley and Cora (Erickson) Bergstrom. She was baptized and confirmed at Riverside Lutheran Church and attended school in Malung/Wannaska and graduated from Roseau High School in 1968. She attended Thief River Falls Area Technical College and worked at the Roseau County Social Services. She and Dan McDaniels were married in 1970. She lived in various places including, Mentor, Minn., Merrifield, N.D., and Nevada, Mo., before moving back to Roseau in 1989. She worked at Polaris Industries, Coppercraft, Jafra and in sales for an insurance company. Most recently, she worked for Noridian Insurance in Fargo, N.D., until 2011, when her health forced her to retire.

Lona enjoyed her time with family, especially her children and grandchildren.

Funeral services will be held on Tuesday, Aug. 7, at 11 a.m., at Riverside Lutheran Church in Wannaska. Visitation will be on Monday from 5-7 p.m., with a 7 p.m. prayer service at Helgeson Funeral Home in Roseau. Interment will be at the Hope Cemetery.

Online guest book can be signed at www.helgesonfuneralhome.com