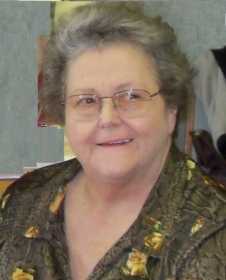 Rhea has been a member of River Church in Warsaw, Mo., for more than 22 years. She and Glen attended services regularly. She was a member of the TOPS club in El Dorado Springs, Mo., for several years. She was employed throughout the years at several jobs, but her main focus was as a housewife and mother.

Rhea was preceded in death by her father and mother, Chester and Mary Allen of El Dorado Springs; and her older sister, Marie and husband, Dean Irons, of East Peoria, Ill. She leaves behind her husband of 44 years, Glen; two sons, Randy Fox and his wife, Jeanne, of Willard, Mo., and Jim Smith and his wife, Cheryl, of Nevada; one daughter, Nancy Smith of Parker, Colo.; her middle sister, Maxine Allen of Springfield, Mo.; and one brother-in-law, Ivan Smith and his wife, Marvel, of Osceola, Mo. Rhea had five grandchildren, Nathan Smith, Jessica Fox, Rebecca Smith, Jeremy Fox and Jacob Smith; four nephews; three nieces; several great- and great-great-nieces and nephews; and several cousins. She leaves behind many family and friends in the church.

Rhea will be greatly missed by all who knew and loved her.

In lieu of flowers memorial donations may be made to River Church in Warsaw, Mo., and left at the funeral home.

Online condolences may be left on the funeral home's Web site at: www.blandhackleman.com