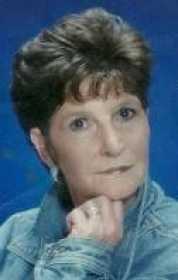 Wilma and her husband came to Nevada in 1980 from Granby, Mo. They had lived in Montevallo for more than 20 years until recently moving to Deerfield. Wilma was a member of the Assembly of God Church and also the Red Hat Society in Nevada.

Funeral services will be held at 1 p.m., Friday, Feb. 1, at Nevada Assembly of God with the Rev. Ted Furry officiating. Interment will follow in National Cemetery, Fort Scott, Kan. Friends may call now and until 5 p.m., Thursday, at Ferry Funeral Home, Nevada. The family receives friends Thursday, Jan. 31, from 6-7 p.m., at the Assembly of God Church, Nevada.

Contributions may be made to the American Heart Association in care of Ferry Funeral Home, 301 S. Washington, Nevada.